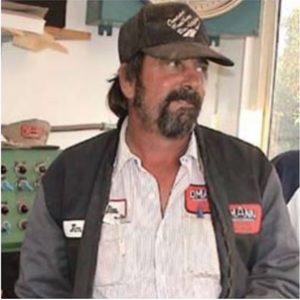 Jim Omann, Omann Bros, was belt scale weighing shingles and feeding his asphalt mix batch tower over a belt scale. Processed shingles are extremely valuable and need tight proportion control to remain in spec. The varying batch sizes and shingle proportions require batch sizes from 180 lbs to 1600 lbs. The belt scale didn’t work well because of its placement in the middle of the conveyor. When a batch was reached the conveyor would be stopped leaving the belt half full. The weight of the shingles wasn’t consistent from one half-full belt to the next because the material to the conveyor could not be evenly fed. A weigh hopper was considered but it was felt that the shingles would cause bridging, resulting in excessive downtime and maintenance. The weigh batcher would have been considerably more money. 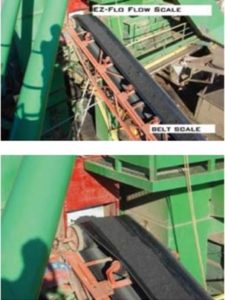 A flow scale was considered but was a doubtful solution because of the materials tendency to stick. Tests were conducted on some of the internal parts thought to be able to pass the test. Other internal parts known not to be able to pass the test were now under consideration for replacement or removal. The mechanical parts removed which were significant to scale performance could be possibly compensated through the wonders of electronics. An unknown that still had to be dealt with was the vibrations the flow scale would be subjected to when mounted to the plant. 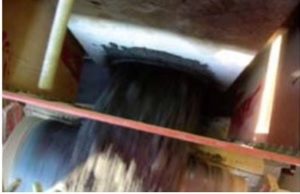 The Ez-Flo Flow Scale was designed for continuous flow applications, and was not tested in such small batching ranges while accepting flows at the end of a 24” conveyor within only several seconds. A flow scale was modified with no feed throat, special internals and externals and made to be field adjustable specific to location. After several adjustments to the Scale Indicator program, the flow scale is performing within tolerances expected by Jim Omann of St. Michael, MN.